Slalom Consulting is a business and technology consulting firm with offices nation wide. Each local office rewards its employees with an annual retreat whose theme, details, and location are left to the individual office and changes every year. 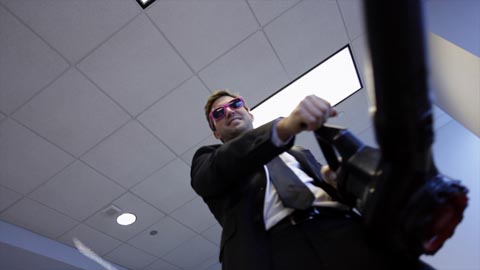 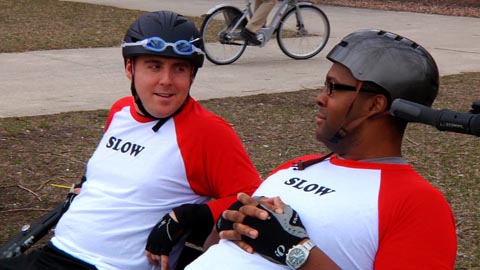 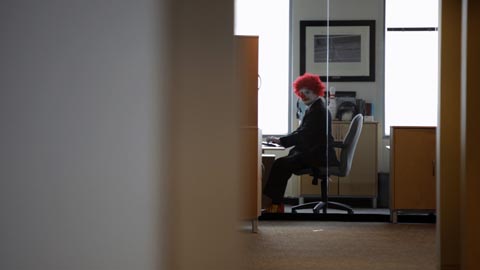 In 2011 (and later again in 2012), Slalom Chicago wanted their annual retreat, named "Rendezvous", to be a Film Festival theme: consultants would apply to become film 'directors', 11 directors would be chosen, each director would build a team from Slalom employees, and has a budget of $3500 to produce a short 5-7 minute film. These 11 films would then be combined and shown as a Film Festival during the annual event in June, with awards and recognitions in true festival fashion.

The goal of this endeavour would be three-fold:

Slalom Consulting reached out to our founder, Vikas Wadhwa, to manage the film festival entries and make sure budgets and timelines were met for all 11 teams. Each team was in charge of recruiting their own members, with the following rules:

Preparation began in January, with the selection of 'directors' and teams finalized by early February.

Clearbox Studios prepared an introduction presentation for the chosen directors to introduce them to the festival rules and guidelines for making a short film. Best practices and "what to expect" were discussed to help prepare the directors for their first short film.

Each director was then to assemble their film team, comprised entirely of Slalom consultants; team members would be responsible for writing, acting, building props, providing food, and any other activities needed to produce the film.

The directors were encouraged to pick team members across seniorities, departments, and skillsets; the goal of this festival was not only to produce great films but to involve all the employees of the office, and get them to know others they would not normally meet in the office.

The final production utilized 154 employees across the 11 teams, which represented just about 73% of the entire Chicago office.

From February to March, each director team went through weekly updates, strategy sessions, writing and visual workshops to prepare them for their slotted April filming; the majority of teams were able to complete filming on individual Saturdays.

Editing began for each team immediately after their shoots. The average Clearbox Studios turnaround of each 5-7 minute rough cut was 5 business days, with each team allowed 2 additional revisions to complete the final cut. Each director was scheduled twice-weekly meetings with their Clearbox editor to keep abreast of any issues or needed changes. The target for each final cut was the first week of May, to allow the films to be approved by both the Chicago Leadership and the National Executive team, including both the President and CEO of the company.

Of the 11 teams, only 2 had any requested changes from the executive review, both of which were minor and turned around within a day. After seeing these final films, the executives were even more excited to see them again live with the Chicago Office at Rendezvous, saying that the consistent quality of the final results was head and shoulders above earlier film festival events at the headquarters in Seattle, and would set a new bar for these retreats across the various offices.

The Chicago Rendezvous 2011 Film Festival was a resounding success; the actual Friday night festival was a very lavish affair with dinner, activities, and two theatres for the 11 films. A full awards ceremony with trophies and speeches followed on Saturday night.

Employee surveys at, and after, the weekend were overwhelmingly positive, with many citing not only the quality of the final films, but the newfound comraderie they felt with their coworkers after going through the process together.

The success of the Rendezvous 2011 Film Festival lead Slalom Chicago to do a similar film festival the following year, with Vikas and Clearbox Studios again managing the production. The trust and confidence placed in Clearbox Studios was recognized and rewarded with the 2012 event and has continued with many more collaborations between the two companies since.

Do you have a creative, game changing idea? Contact us now to encourage YOUR company's creative talent and promote social team-building!